Posted by srtlewiss on February 14, 2016 in Reviews

Look out Sony and Canon, the VariCam is back 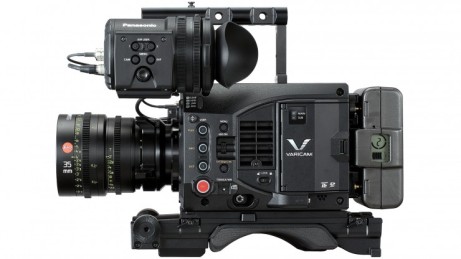 15 years ago I picked up my first broadcast camera, it was robust light and unlike Sony’s more expensive Digi offerings it was a Panasonic.  I loved the Panny, it did every thing the Sony did however, I could not put my finger on it but I just liked DVCPRO more than the DVCAM or Digibeta.  When DVCPRO 50 came out I was beside myself (geeky I know) twice the bitrate on the same tape unlike Sony’s constant built in obsolescence; BetaSX DigiBeta IMX.

Then the new era of High Definition brought the format wars to a head.  Sony made the f900 capable of 1080p and Pansonic decided to make the first Varicam only 720p but as the name suggested capable of variable frame rates.  Once again I was leaning toward the Panasonic despite the obvious loss of resolution. The images had a film like texture and feel.  However, Sony’s HDCAM won the day and became my standard go to camera. Don’t get me wrong I like the Sony just Panasonic has always been my favourite.  Much like Elvis or the Beatles, you can like them both but you will always prefer one over the other.

In recent years large format cameras have come to the forefront of documentary production.  With this came truly awful ergonomics (I am looking at you Canon) and some strange compromises (erm… FS7 emount with canon lenses) not to mention build quality.  I do like the F5 but when the FS7 came out it did feel like Sony was extending two fingers in the direction of owner operators, only to then further race to the bottom with the FS5.

All the while Panasonic was suspiciously absent. For a while I thought they went the way of Ikegami, a foot note in the evolution of cameras. Then I heard they were releasing a new Varicam 35, I was on cloud 9 finally Panasonic was going to enter market and give Sony a run for their money and show Canon how to build a camera that fit the human body. But sadly my hopes were dashed when I saw the Varicam 35 for the first time, it was too cumbersome for Obsdoc (I am sure Nat History and Drama will find a place for it) and much like the aforementioned Ikey it had a changeable back, or was it a front never really sure. Either way it was split down the middle, not a great plan in my opinion.  I begrudgingly accepted I was going to have to work with Canon on Sony’s offerings for the foreseeable future.

Then Wednesday Panasonic announced the VariCam LT, and I am nothing short of giddy (perhapse I need to get out more). As the name suggests it is a S35 frame LIGHT version of the larger VariCam 35.  According to Panasonic the camera is firmly aimed at a very specific market rather than being a jack of all trades: 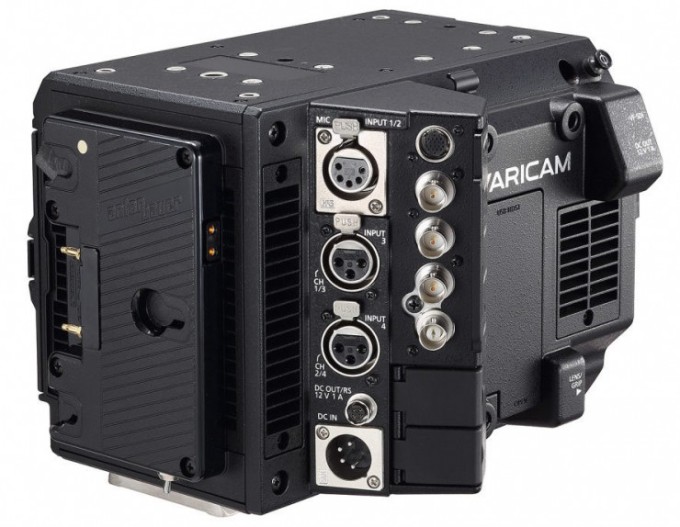 The VariCam LT has ‘borrowed’ two of my favourite features from its competition. Like the FS7 it has a control trigger arm, but unlike the FS7 it can use the EF mount Canon glass (which I own a lot of) or change the mount to PL (which I would like to own more of) as with the C300 MkII.  On the audio front Panasonic has really struck gold in my opinion, for YEARS I have wanted a small camera with 4 XLR channels and the VariCam LT does not disappoint. Thats right 4 24bit channels. It can also be cut down to fit on a gimbal or jib and has a shoulder mount that looks like it was designed for… well a person.  Honestly I cannot fault it for my needs March cannot get here soon enough.