Take a look at my latest work.

Escape to the Chateau 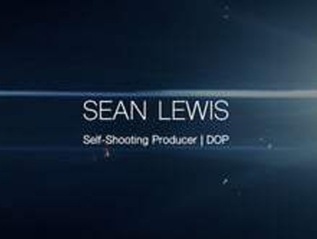 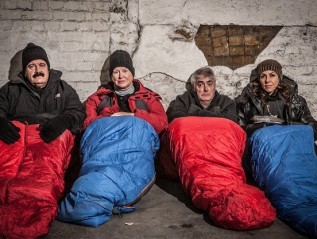 Self-Shooting PD – Wanted follows the Kent Police’s Special tactics unit as they hunt the most dangerous and difficult to arrest criminals in Britain.

ESCAPE TO THE CHATEAU

Self-Shooting PD – Series following a British family that buys a French chateau over the course of a year, as they restore the building after 40 years of standing empty. Dick Strawbridge and his partner Angel Adoree’s new home has 12 acres of land, nine outbuildings, a walled garden and a moat – but it also […]

Self-Shooting PD – Four Sport Relief volunteers agree to sleep rough on the streets of London to experience the harsh reality of homelessness in the UK.

Director of Photography – A real-life thriller where 14 ordinary people go on the run from a team of expert hunters.

Self-Shooting PD – Gold Rush Is still the HIGHEST-RATED SERIES OF ALL TIME for Discovery!

Director of Photography – This unique and moving film follows the stories of three American families tackling the difficult issues behind the American relationship with firearms and the compelling stories behind the horrifying statistics.

Find out what I have been up to.

New series of Escape to the Chateau

For those of you wondering what I have been up to, check out the new trailer. Ep1 is Sunday the 11th on ch4. Enjoy https://youtu.be/_sNlzjzjnX0

Have a watch Here No explosions this week… but I did help convince the family it was a good idea to put a 14 metre hole through the building. Tune in to watch the madness. What could possibly go wrong? http://www.channel4.com/programmes/escape-to-the-chateau/episode-guide

Escape to the Chateau | Trailer

Starts tomorrow at 8PM, watch the trailer here Dick and Angel Strawbridge continue their renovation of a French chateau, 18 months after the end of the first series. So far, only nine rooms have been renovated and many areas of the 12-acre estate have yet to be looked at – but the project is going […]

Escape to the Chateau

Starts Sunday the 27th of November at 8pm, Channel 4 Series two returns to Chateau De La Motte Husson to check how Dick and Angel are faring now that they are married and ensconced as the self-styled Lord and Lady of their new domain. It’s nearly two years since they bought the chateau. It has […]

Svalbard, Life on the Edge

For those of you living in Norway http://www.bbcnordic.com/video/?v=599721

A little bit about me:

In 2007, I moved to the UK to pursue a career in documentary film from the United States, where I worked on several High End HD productions. Since arriving here I have worked in key roles on three BAFTA award winning documentaries and received a further two nominations. I can shoot on any camera used in production today from the F55 and Amira to the Canon C300.  I can provide a full kit, including lights and transport for shoots as required.

As a creative and dedicated filmmaker, I have a thorough understanding of the art of story telling along with the technical expertise to create stunning results. I love all aspects of the filmmaking process and am perfectly at home in pre-production, on location or in the edit.

WHAT PEOPLE ARE SAYING

“A dedicated and talented Producer, Director, cameraman with a solution for everything! Be it editorial or visual. Hard working and incredibly focussed. Able to embrace the most challenging of situations and get what is needed. I would work with Sean again any day, anywhere!”

“Sean is a rare entity in the industry, his vision is unrivalled and working with him reminds you why you wanted to make things in the first place. One of the good guys, he’s fearlessly inventive, technically brilliant and his loyalty is unquestionable. If you could bottle what he’s got, we’d all be drinking it.”

“Sean is a brilliant shooter and his attention to detail is second to none. He’s great at talking through scenes beforehand to make sure he is across both editorial and visual, staying on brief when needed but also with absolutely the right instincts to go off piste if appropriate. He has a range of skills which make him an unusual combination of DOP and director. I look forward to working with him again soon on the next right project.” 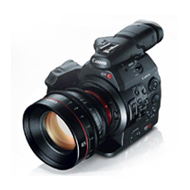